The link above takes you to a YouTube playlist that includes videos from Australia regarding their recent (and televised!) investigation into more than a 1000 cases of unreported sexual abuse of children.

For those who haven’t already heard, it sounds like sisters won’t be involved in meetings at all. They barely had anything to do before.

A dispute between an average Jehovah’s Witness and an elder. It pretty much goes down like many of us would expect. It’s a tiny bit Jerry Springer.

A local father who wishes to remain anonymous sent Action News Jax a copy of a letter sent to his family’s church.

The letter read in part: “Sorry about your loss. I read about it from the obituary.”

Jehovah’s Witness literature was attached to the letter.

Jehovah’s Witness grandparents ordered to keep faith to themselves

The couple lost their bid for unsupervised access to the girl because they insisted on taking her to worship at their faith’s Kingdom Hall despite the repeated objections of the child’s mother.

I wish the courts would do the same for my in-laws… Sorry. But also, wow.

‘Abused by my brother, then shunned by my Jehovah’s Witnesses family after I went to police’

Louise Palmer says parents sided with evil Richard Davenport over her, while church offered only prayers and urged her not to go to police

I think the flaws in policies like the two-person rule and telling Witnesses they can’t take accusations to the police without elder permission (elders aren’t cops, though some of them think they are…) should be really obvious by now.

The title pretty much says it all.

Many seem to think it’s the internet. I suspect it’s at least partially a cultural issue as other religions tend to dominate in Japan. What do you think?

Very cool. 🙂 Big shout out to everyone who participated!

Betrayed and exploited: Dismissed ‘special pioneer’ lashes out against downsizing

This website recently reported growing resentment among bethelites over the constant downsizing that’s taking place as the Governing Body hoards its dwindling resources in order to complete the Warwick project.

There’s also a story about the issues that prompted the lashing out.

Still think the Watchtower Society doesn’t have a pedophile problem?

The Tight Pants Rule: Wearing “disturbing” clothing gets you banned from preaching

Control issues. Yeah. They have them. 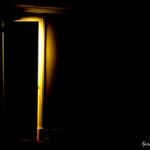 When one of Jehovah’s Witnesses decides to “come out” as a nonbeliever to members of his family, he knows that they will cut him off for good. Yet many ex-Witnesses come out anyway because they can’t stand living a lie. (For the record, I really do think that coming out is almost always better than fading in the long run.) Some ex-Witnesses make serious mistakes when revealing their lack of faith in the Society to their families, mistakes that create needless complications for everyone involved. I have some tips on how these can be avoided below.

Note, in this case, I’m referring to Jehovah’s Witnesses who are “nonbelievers” because they don’t believe in the Society’s truth anymore. Nonbelieving ex-Witnesses may still believe in God or favor another religion, so they aren’t necessarily atheists as I’m using the word here.

So what’s the best way to come out as a nonbeliever to your relatives? And why should you consider coming out instead of fading?