Merry Christmas to all my fellow geeks and heathens. As a (sort of) gift, I am providing links to some of my YouTube playlists for you to ignore or enjoy. Note that I would like to edit the start and end times for some of these, but it seems that YouTube (aka Google) has decided to take this feature away. For some reason.

I maintain all these playlists to varying degrees.

Canada’s Worst Driver is probably my favorite reality TV show. And most episodes are available on YouTube! The last 6 seasons are at least. I maintain this playlist because my wife and I like to go back and watch it from time to time. As more episodes become available, I will add them.

Canada’s Worst Handyman is another good reality TV show from Canada. It’s also very Wintery, so it feels like Christmas. 🙂

Here is a playlist featuring movies, TV shows and other videos for geeks. Many of these are anime. Note that some of these get deleted from time to time and I have no control over that.

This is a playlist of standup comedy in no particular order.

Conspiracy Roadtrip is a BBC show that takes true believers in various conspiracy theories, including the idea that evolution is a scientific conspiracy, on a bus throughout the United States to show them the evidence that their belief is wrong and to see if they can change anyone’s mind. Note that the host of the show is a nonbelieving comedian, but he seems to treat the people pretty respectfully.

This is a collection of secular and atheist videos I’ve found across YouTube in no particular order.

Below are two playlists of my favorite Atheist Experience episodes and clips.

Here is a small list of ex-Jehovah’s Witness videos. Note that it includes the one about Kissing Hank’s Ass. 🙂 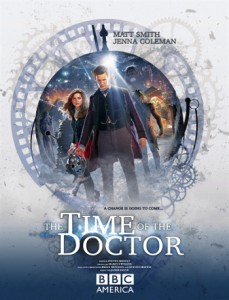 Even now, as an ex-Jehovah’s Witness, I really don’t celebrate Christmas. I probably would if my wife did, but she remains a Jehovah’s Witness herself. Also, I’m evil. Still, I can offer my fellow book geeks a couple of goodies.

First, we have 12 Days of Christmas Stories! from Mur Lafferty at Escapepod. If you like audiobooks (I listen to them while exercising, walking, washing the dishes, etc.) you might want to give these a try.

I’m also a fan of Ilona Andrews, especially her Kate Daniels novels. Turns out she is offering her latest novella about Kate FOR FREE. But only for a short while. You can download Magic Gifts for a limited time from her website. It comes in Kindle, epub, and PDF formats.

That’s all I got for now.