What’s The Biggest Reason Why Jehovah’s Witnesses Disapprove Of Ex-Witnesses?

Many ex-Jehovah’s Witnesses have tried to justify their reasons for leaving the Watchtower Society to friends and family who are still loyal Jehovah’s Witnesses. Many ex-Witnesses not only fail to do this, but fail miserably. It seems that there are no acceptable reasons for leaving our former Kingdom Halls in the eyes of many Witnesses. But why? And more importantly, can we change their minds about it enough to keep their respect?

If you want to understand Witness loved ones, the first thing you need to realize is this: Jehovah’s Witnesses have their own culture, and that culture comes with a set of values. I’m not just talking about moral values, I’m talking about values across the board. Speaking to a Witness from your set of values just isn’t going to cut it. Not if you want them to react with understanding or respect. This difference in values is one of the things that separates them from “the world.” And, sad to say, from us.

I was one of those Witnesses who stayed loyal to the Society for years for one simple reason: I thought it had the truth. That is to say, I believed that it’s teachings were actually true. Once this belief was shattered, my sense of loyalty went with it. What was the point of staying when the thing I valued about the organization–my belief that it had the truth–wasn’t valid anymore?

Many Witnesses value loyalty to the organization even more than the truth of its teachings. To me, this seems especially prevalent among Witnesses who were raised in the Society and who have served it for many years. They aren’t impressed by our reasons for doubting “the truth” because, for them, this is something that will work itself out in time. Meanwhile, loyalty comes first.

Think about it like this. How many times have you tried to explain your reasons for leaving the Society to a Witness loved one, only to have then come back with something like, “But the organization has gotten us this far!” Or, “That’s no excuse for abandoning Jehovah’s organization!” For them, doubts and other problems aren’t good enough. You’re supposed to be loyal to the end. Problem is, not all of us feel that. If the Society is wrong, then what’s the point in mindless loyalty?

So What’s Your Best Chance Of Reaching Any Sort Of Understanding With Witness Loved Ones?

You have to explain your values, then take them through your reasons in a step by step progression from beginning to end. Count these points off on your fingers if you have to.

1) Truth matters to me more than loyalty to the Society for its own sake.

2) I don’t believe the Society has the truth anymore.

3) If it doesn’t have the truth, then it can’t be Jehovah’s one, true religion. (Why would Jehovah’s support a religion that is wrong?)

4) If it isn’t the one, true religion, then I simply have no reason to remain loyal to a false religion.

5) That would require me to live and teach others something I believe is a lie.

No one can argue with reasoning like this. They can only twist it into something it’s not. If that happens, call them on it. Don’t let an angry Witness tell you what your own thoughts “really” mean. Their only other option is to change the subject entirely. 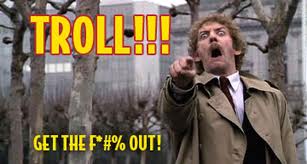 If they continue to bring up loyalty as an objection to these points, you’ll have to keep repeating this explanation until it all sinks in. Something like this might work: “Please stop and listen to me. I just told you that truth matters more to me than blind loyalty. If they don’t have the truth, then they can’t be the true religion. For me, that’s it. Why do you keep demanding that I remain loyal to a religion I believe to be false?”

Keep dumbing it down until they get it.

If they ask you what your reasons are for doubting the truth of the Society’s teachings, explain the issues that are most important to you in the simplest possible terms. Don’t try to convince the Witness you are right. Simply summarize the strongest reasons you have, keeping each point to a mere sentence or two. Don’t try to explain how you arrived at each reason. Let the Witness ask for more details if they want them, but never volunteer the details as if you’re pleading your case to a judge. Sadly, most Witnesses will only ask for details out of desire to attack them. This won’t help you reach an understanding or earn their respect.

Of course, earning their respect doesn’t mean they won’t shun you. That’s an entirely different problem. But if you have to be the black sheep, at least you can do it with some level of understanding between the two of you.

4 Responses to What’s The Biggest Reason Why Jehovah’s Witnesses Disapprove Of Ex-Witnesses?