I’ve been looking for articles on atheists and atheism from the Watchtower Society for a while now, and I was always disappointed that they didn’t have much to say. They continue to pick on evolution, of course, which many people associate with atheism. But why not atheists? Aren’t we the cool and happening boogiemen of the day? Plus, more ex-Witnesses turn into atheists than with any other group studied so far. With this and the so called rise of new atheism (not my phrase) in the media, you would think the Society would have something in at least one Watchtower or one AWAKE! every year. But you’d be wrong. I was pretty bummed about it … until Cofty at JWD was kind enough to post a link to PZ Myers web site, which addressed an upcoming article in the AWAKE! magazine, called, “IS ATHEISM ON THE MARCH?”

For other ex-Witnesses turned atheists, this might be a bitter pill to swallow. Me? All I feel is hunger … a hunger for more. Waitress, can we have another, please?

Here’s a quote from the article’s first paragraph. NOTE: If your doctor doesn’t recommend you engage in strenuous laughter, turn away now! 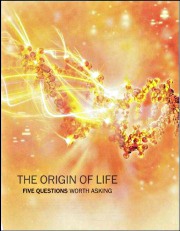