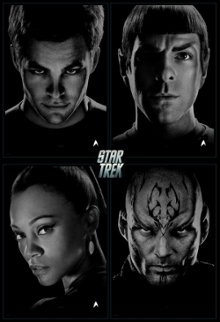 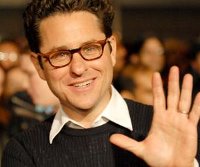 It was good, my friends. May the new Star Trek live long and prosper! (Please don’t hit me.) Since it didn’t suck, I won’t give away too many details. So it’s safe to read on if you’re planning to see it on the big screen.

I admit the beginning of the movie seemed a little off. Once that was out of the way, the movie rocked. I don’t want to spoil it for you, but this is definitely a reboot or–if you prefer–an alternate version. (They actually use the term “alternate universe” or “parallel universe” in the movie.) Let me highlight some of the changes which I see as improvements:

I definitely recommend J. J. Abram’s version of Star Trek. Hell, I even hope we get a new TV series out of this puppy. And I’m not the only one singing its praises. Metacritic gives the new movie an 83, and Rotten Tomatoes gives it 95% freshness rating. So I say go see Star Trek in the theater or you’ll be crying like a little girl. I know one atheist geek who’s hoping to see a steamier make out scene with the sweet ass Orion hotty and Kirk in the director’s cut. Aw yeah.

Now if only Lucas would let someone fix Star Wars… 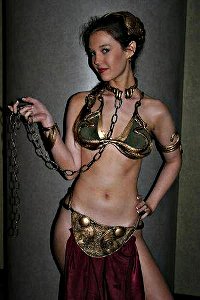 Excuse me Miss … but could you please love me?