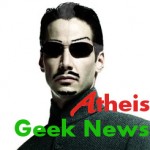 Why Is It So Hard For Ex-Jehovah’s Witnesses To Stand Up To The Watchtower Society’s Faithful? – Atheist Geek News

How And Why Doubting Witnesses Can Fade From The Watchtower Society: Bigger, Better, And Uncut! – Atheist Geek News

For The Disfellowshipped, The Bad Associates, And The Disowned: You Really Do Have A Choice – Atheist Geek News

Are Ex-Jehovah’s Witnesses Really Just a Bunch Of No Good Apostates? Here Are 5 Ways We Can Prove The Watchtower Society Wrong. – Atheist Geek News

From The AWAKE! Magazine: IS ATHEISM ON THE MARCH? – Atheist Geek News

From The November AWAKE! Conclusions On The Articles About Atheism – Atheist Geek News

My Austin Cline Articles at About.com

Recommended Articles From Elsewhere on the Web

Mama, I’d Like to Introduce You to Me | Freethoughtify

Sunday was Mother’s Day, one of the worst days of the year for me emotionally, and not because my mother has died (although I still grieve for her). My biological family disowned me because I rejected the religion that they chose for me at birth. When I talk about this with others, especially those that haven’t been through it, they usually say, “Get over them. They don’t deserve you. Make a new family“. If you have a recipe for making a new family, by all means share!