News And Links For Ex-Jehovah’s Witnesses: Jehovah’s Trumpet And More! 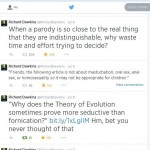