Atheist Geek News » Atheist Commentary » Is Christian Evangelism Really As Selfless As Evangelists Would Have Us Believe?

Is Christian Evangelism Really As Selfless As Evangelists Would Have Us Believe?

If you disagree with this article, you’re welcome to try changing my mind, or to present your side of the story to my readers. You can leave your thoughts in the comments below or in the forums. But remember, I give what I get. If you’re respectful, I’ll try to return the favor. It just so happens that I’d be interested in having a conversation about this with others anyway. Sometimes, you have to be wrong before you can get something right. And I’m always open to being wrong.

For any evangelists who might be reading this, I’m asking you to actually read the whole article before you comment on it. I’d also suggest that you use this article to gain some insight on how others interpret your behavior. Even if you think I’m wrong, I’m still offering you a golden opportunity to teach yourself how to be a better evangelist here. I hope many of you will take it. That would benefit everyone involved.

Do Evangelists Really Preach Out Of Selflessness?

When evangelists claim they are preaching to me out of desire to do something good, I don’t necessarily assume that the opposite is true. What I do believe is that even the best of them have a mix of different motives, and I don’t think it’s fair for them to characterize their motives as purely selfless when – in my opinion – they are not. I also think the main reason that evangelists say things like “I’m doing this because I care about you!” is to silence our objections to being preached at. I’m not saying that they don’t care about other people, but I don’t think it’s their primary motivation either.

This is us not having fun while we’re being preached at.

Why do I think this? Because it’s pretty obvious when we aren’t interested in what they have to say, especially after we’ve come right out and told them to leave us alone. Yet many evangelists will press on, despite the fact they are doing more harm to their stated-cause than good. Comments like, “But I’m doing this to help you!” will often silence our objections, but on the inside, the person who is forced to wait for the sermon to end is simmering with resentment. Not to mention being offended by the assertions that many evangelists make1.

Evangelists risk pushing us away from their beliefs when they dismiss our feelings like this. Why would they do something like that if their real goal was to make converts and to spread the happiness2 their faith brings to others?

I think the reason is because saving us from our sinful or inferior way of life (which is pretty condescending if you stop and think about it) isn’t their primary goal. I think their primary goal is simply to prove their willingness to obey the commandments of their god. One of those commandments is to find converts, which they are heeding. But actually making converts is a secondary motivation. That’s simply how they earn the approval of their god, which is very comforting for them. It makes them feel good. It is, for lack of a better word, their emotional “high.” It doesn’t matter if they are one of Jehovah’s Witnesses or a preacher of another faith. That feeling, which is their immediate reward for sacrificing their time3 and proving their loyalty to God, is the same.

It might be if you’re the one evangelizing. For the rest of us, not so much.

But why are evangelists so determined to keep hounding us even after we’ve told them to go away? It’s because we have presented them with a challenge. We have asked them to respect our feelings and to give up on converting us. Yet, in their mind, that’s not what God wants. Their deity wants them to keep trying. So, by not giving up, they are showing God that they are choosing his wishes over our own. The harder we push back, the bigger the emotional reward at the end of the experience if they refuse to give up. They are, in effect, saying, “See that, God? I choose you!”

The fact that they are probably damaging their chances of converting us in the future just isn’t that important to them. If it were, they would simply bide their time and wait for a better opportunity.

In the end, we – as the victims in this scenario – are really just a tool to help them achieve that emotional “high.” Sure, if we agree to convert, they are elated by their success. If we resist, they fight on anyway, and every time they come at us they are proving their devotion to God. So, again, they are elated. For us, it’s all a big catch-22.

So What’s The Point?

The point is that we don’t have to stand there quietly once an evangelist tells us their actions are selfless. They not only get the immediate emotional reward that comes from proving their loyalty to God, they’re also looking forward to a happier afterlife. So it’s not as if they’re only doing this to you out of the kindness of their hearts. 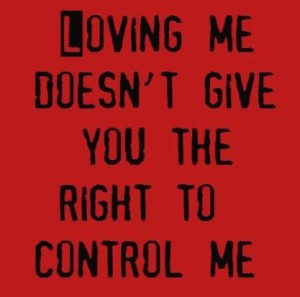 …or to tell us how to live our lives. Remember, you might be wrong. In which case, you’re actually leading us to our doom!

It also means that you don’t have to stand there and take it to avoid feeling like a jerk for telling them to go away. Instead, whenever they claim that they are only doing this out of love, you can come right back with something like, “So converting people doesn’t give you a sense of pride? Preaching at me isn’t your way of getting into paradise? I’m supposed to believe that you literally have nothing to gain here? Is that right?”

From here, you could point at the obvious harm they are doing to their stated cause.

“Wait a second. Do you really think I’m going to convert to your faith if you ram your views down my throat so you can benefit at my expense? That’s some religion you’ve got there, isn’t it? Thank you, but I think I’ll pass.”

Of course, this is a confrontational way of dealing with someone who won’t take no for answer in the heat of the moment. If you’re an ex-Witness trying to fend off other Witnesses from imposing their views on you, you could simply wait for them to take a breath, then point out the flaws in their approach in a somewhat gentler way than shown above.

“Do you really think that talking to me like that will draw me toward your religion? Because you’re really just pushing me further from your Kingdom Hall than I already was. How do you think Jesus feels about that right now? Maybe you should think about this some more before we talk again. Because, right now, you’re just making it worse.” 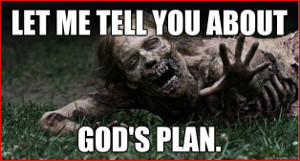 Most devout evangelists really don’t know when to quit.

Saying something like this not only snaps them out of that bulldog mentality we’re all so familiar with, it also robs them of the “high” the experience would have given them. If Jesus disapproves of their actions, then they have nothing to feel proud about.

There’s a good chance that a Witness, or another evangelist, who has repeatedly treated you this way will fall back into their old habits soon enough. But you can remind them of the problem any way you see fit. Example: “The way you treat me when you get like this is one of the reasons I don’t want to join your religion. Didn’t we talk about that once before?”

The reality is that the best way for a Witness to draw you back into his truth is simply to treat you well, to show you he actually cares about you (instead of treating you like a target), and by remaining a steady presence in your life. Sadly, the Watchtower Society instructs them to give us the cold shoulder treatment instead. But that’s a discussion for another time.

So what do you guys think?

3 Responses to Is Christian Evangelism Really As Selfless As Evangelists Would Have Us Believe?