Atheist Geek News » Ex-Jehovah's Witnesses » How And Why Doubting Witnesses Can Fade From The Watchtower Society: Bigger, Better, And Uncut!

How And Why Doubting Witnesses Can Fade From The Watchtower Society: Bigger, Better, And Uncut!

Many of my ex-Jehovah’s Witness readers know that I have written some articles for Austin Cline’s About Atheism & Agnosticism web site. One of the more popular ones is called Jehovah’s Witness To Atheist: How Doubting Witnesses Can Fade, Avoid Shunning – Advice for Jehovah’s Witnesses on Fading from the Watchtower Society. That article was good (thanks, me!) but now I’ve got a bigger, better version for you right here on Atheist Geek News. So if you want to fade from your local Kingdom Hall to avoid being disfellowshipped without going all “The Fugitive” on your family and friends, you’ve come to the right place.

Here’s the new list of tips for anyone who wants to fade peacefully into the night.

1. Seek Advice From Other Ex-Jehovah’s Witnesses

Not all ex-Witnesses are understanding of faders. But there are plenty who realize that there are valid reasons to fade gradually into the background where busy elders won’t bother to tread. These ex-Witnesses will not only help you figure out the pitfalls of fading, but even help you navigate them as you begin withdrawing from the congregation one step at a time.

Places like JWR and JWD are ideal for this sort of thing. You can maintain your anonymity online while soaking up all the support and advice you can handle. Just make sure to keep the group updated on your progress. Some of them are former elders who can jump in and volunteer suggestions whenever they foresee a snag you might have missed. Some elders and congregation gossips are always on the prowl for apostates, faders, or even just bad associates. If you pop up on their radar, they’ll make your fade more difficult than it already is.

2. Plan It Out In Advance

Some people might want to schedule their fade ahead of time. For instance, maybe you want to cut an hour or two of field service attendance every few months, then when you reach a certain goal, start cutting back on meeting attendance as well. You could start missing every third Sunday meeting, or whatever works for you. The pace of your fade is entirely up to you. You may want to step up your attendance during the first few visits from traveling overseers, then allow yourself to lag behind during those times as well. (If you’re prepared for a visit from one, that is!)

Elders aren’t the only danger here. Don’t forget that you’ll have family and friends to keep off your trail too. If you fade too quickly, they’ll be the first to push the panic button and alert your congregation. And here’s the worst thing: if your family are Jehovah’s Witnesses, they’re probably more loyal to the Society than they are to you. No, I’m not kidding about that. But the good news is that there are opportunities to be had with them as well. You might want to make a point of complaining to your parents about being overworked from time to time as your fade progresses so they feel sympathy over your lack of attendance instead of alarm. They might even spread the word that you’re missing meetings because of your job instead of a lack of interest so you don’t have to. That might cut down on the number of people who pester you about your lack of activity at the Kingdom Hall. Remember, questions are bad. Indifference is good.

If there are other Witnesses living with you (spouse, parents, etc.) then you’ll need a place to hide. You can’t tell the elders that you’re working too hard when your wife knows that you were parked in a La-Z-Boy when she left for the meeting that evening! “Worldly” friends who are sympathetic to your cause can be a real help here.

3. Be Ready With Excuses To Cover Your Tracks

Stay one step ahead.

No matter how slowly you take it, odds are that someone will ask you about your lack of field service time and meeting attendance at some point. Be ready with excuses, and try to make them good excuses. Preferably the kind that’s hard to verify or – the best kind – ones that are true. As already mentioned, it might be a good idea to start mentioning some of the “problems” you’re having to other Witnesses as you fade. This will spread the word that you’re having understandable difficulties before Elder Nosy starts with the questions. If he’s heard the rumor, then he’ll probably believe it when he hears it again from you.

When it comes to faking your field service hours, the ideal thing is to get a brother or sister to give you a piece of their territory. That way, if someone asks where you’ve been, you can tell them where without too many worries. If you’ve been given that territory, then no one else should be working it but you. You could even dump some Watchtower’s and Awakes! on some porches just to make it look like you’ve been working the neighborhood. This can save your bacon if a Witness at your congregation knows someone down that street. They might mention the appearance of literature on their doorstep to that Witness, “proving” that you’ve been working the area. Hey, it’ll never hurt to try.

Here are a few more ideas to help you out:

Ultimately, just try to think of questions that concerned elders or other Witnesses might ask and try to be ready with a quick answer. The quicker (and calmer) the better. They have fear-sensing glands in their noses, ya know. Some people actually practice reciting their excuses in advance so they can give them without stuttering. If you’re that fearful (and some of us are) you might want to give it a try.

4. Use The Literature To Stay Ahead Of The Curve

You know the literature comes out in advance, right? Be sure to check the magazines and other literature for upcoming events, like shepherding calls, or articles meant to draw the congregation’s attention to those who are “stumbling.” These will be high risk times where the local Witnesses are far more likely to drop by or give you grief. Make sure your excuses are iron clad.

Or, you might want to step up your meeting attendance during these times, especially if you’ve only been fading for a little while. I would only do this in the early stages to avoid adding to their suspicions. You’ll have to decide which is best for your situation.

The easier it is to reach you, the easier it is to bug you about your lack of activity. Especially if they want to reach you for a shepherding call. Bear in mind that many elders detest extra work, especially for the sake of a wayward sheep. (Ask any ex-Witness and they’ll nod to that one.) Some elders will tire of your attempts at avoidance and just give up. That’s perfect. But some elders take it personally. That’s bad. They might start to fixate on you if you cheese them off. Then they’ll make darn sure they meet with you, even if they show up at your place of work. So you’ll have to use some judgment in handling each case.

Here are a few more suggestions to try:

Note that this can be especially tricky for those who have other Witnesses in their households. So beware. 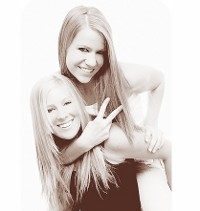 “Worldly” friends will not only ease your transition into reality, they can help you fade. They can help you out with excuses (you could say that you’re studying with them, which is where some of your service time might be coming from) or give you a place to hide once in a while. Don’t overdue it and wear out your welcome. And don’t be afraid to tell them about your experiences with the Society so they’ll understand your situation.

You can start with someone at work, preferably someone that tried inviting you over in the past. This would be a great time to tell them about your troubles with the Society while also explaining why you had to turn them down. (Good Witnesses don’t hang out with evil old “worldly people” after all.) Since they already tried inviting you over, they’re more likely to feel sympathetic if you tell them you’re story. Or maybe you could find friends online who live in your area. Either way, “worldly” friends can make your fade a whole lot easier.

7. Be Very Careful Who You Confide In

Non-Witnesses are usually pretty safe, but I would be slow to tell any Jehovah’s Witnesses that you are fading. Even other faders can have a change of heart and turn you in! You might be very surprised at how your Witness friends or family react. Some might seem understanding at first, then let their conscience get the better of them when an article or public talk mentions people who are “stumbling” or “weak in the truth.” Be very careful.

8. Move To Another Congregation

If you move to another congregation, you can usually just drop off the face of the map almost any time you like. Or at least fade much more quickly.

Changing congregations can be easier then you might think. When I was a Witness, it was pretty much just a matter of asking them to send your files to another Kingdom Hall. Of course, your Presiding Overseer has to comply with this request. You’ll probably want to make some appearances at that other congregation and actually speak to some of the locals. Requesting a transfer might seem weird if no one there has even heard of you. Once they start seeing you as a familiar face, you could try telling their Overseer that you want to switch. With a little luck, he’ll ask for the files so you don’t have to. Of course, you don’t want to get too friendly with your newly minted brothers and sisters. The more familiar you seem, the more likely they are to grow concerned if you stop attending meetings on a regular basis.

In most cases, the hardest thing with this one is simply thinking up a good reason for the move when asked. If you’re really dedicated, you could actually move from your home to a place that’s physically closer to the other hall. This is easier for some than for others. If there’s a hall closer to your place of work, that might be a decent excuse too. Especially if the reason you’ve given for your lack of attendance is work related. The Witnesses at your congregation might see this as an effort to improve your waning dedication to Jehovah. They shouldn’t complain too much about that.

One thing to remember. Before trying this, find out a little about your new congregation. Is it a smart choice? You’ll need to answer some questions before you’re sure. For instance, how big is it compared to your present congregation? Larger congregations won’t notice a fader as readily as smaller ones. There were more than 200 people in my old congregation, so that would have been ideal. If the congregation has a lot of apostate hunters in it, then that’s not the one to go with.

Whatever you do, best of luck with your fade.

15 Responses to How And Why Doubting Witnesses Can Fade From The Watchtower Society: Bigger, Better, And Uncut!