Atheist Geek News » Atheist Commentary » From the AWAKE! Magazine: “I WAS RAISED AN ATHEIST.”

From the AWAKE! Magazine: “I WAS RAISED AN ATHEIST.”

The article starts out well enough. We get a very simple explanation of who Vyskocil is a scientist who is “internationally known for his research in neurophysiology.” Cool beans. Then, we’re told that he was once an atheist, but now he “firmly believes in God.” From there, the article offers to explain Vyskocil’s “transformation” by presenting us the answers to a list of questions. Let’s examine these, and how they set us up for the conclusion that’s to follow.

What was your view of religion before you started your career in science?

Here, Vyskocil mentions that his father actually made fun of the clergy. By the time he had graduated from college in the sixties after earning degrees in biology and chemistry, Vyskocil believed that evolution explained the diversity of life on our planet. Note that Vyskocil was raised in a communist country, though the article doesn’t inform us of this until later. So you’d think that a man like Vyskocil would have nothing to do with religion. This makes his conversion all the more uplifting for believers reading the article, though atheists like me will probably just shrug.

Tell us a little about your career in science.

We get a paragraph on Vyskocil’s accomplishments as a scientist, which basically reinforces the idea that he knows what he’s talking about. This is a man of authority, you see. If he believes in God and creationism … well, maybe we should too. If we’re willing to take the testimonial of an individual above the entire scientific community, that is.

Did you ever think about God?

Vyskocil tells us that, despite his secular mind set, he often wondered how other learned men–including his own professors back in college–could still believe in a divine creator. “To me,” he tells us, “God was a human invention. I had also been outraged by atrocities committed in the name of religion.”

Ah, so this one’s a twofer. Basically, it seems that Vyskocil was not only drawn to scientific explanations for things, he was also repulsed by all those other mean old nasty religions. The Society is nothing like those, of course. Hmm. I think I can guess where this one’s gonna go now. Can’t you?

How did you come to change your view of evolution?

We’re told by Vyskocil himself that he began to question evolution when he was studying synapses. He couldn’t believe that something of such complexity could be products of mere chance. To him at least, it really made no sense.

For me, this was an especially disappointing answer. We’ve seen other scientists come out with explanations like this one over the years, so he’s hardly the first. But you’d think a guy with a degree in biology would get that evolution isn’t about blind chance. There is a large degree of randomness, sure, but blind chance is an exaggeration. Or at least a mistake commonly made by creationists.

I suppose that’s the real point here. If Vyskocil comes to this conclusion, so should we. The following relates an experience which helped to shape Vyskocil’s opinion about evolution.

Then, in the early 1970’s, I attended a lecture by a famous Russian scientist and professor. He stated that living organisms cannot be a result of random mutations and natural selection. Someone in the audience then asked where the answer lay. The professor took a small Russian Bible from his jacket, held it up, and said, “Read the Bible—the creation story in Genesis in particular.”

Later, in the lobby, I asked the professor if he was serious about the Bible. In essence, he replied: “Simple bacteria can divide about every 20 minutes and have many hundreds of different proteins, each containing 20 types of amino acids arranged in chains that might be several hundred long. For bacteria to evolve by beneficial mutations one at a time would take much, much longer than three or four billion years, the time that many scientists believe life has existed on earth.” The Bible book of Genesis, he felt, made much more sense.

Now I’m really having trouble with this one. What is the professor’s basis for reaching this conclusion about the evolution of bacteria? How does he know that this could not have happened? We aren’t given any details. The AWAKE! simply leaves us with this assertion and offers us nothing more. Thats pretty disappointing for an atheist. For a believer/creationists, well, hearing a statement like this from a professor like Vyskocil’s is probably worth a grin.

How did the professor’s comments affect you?

If you felt as I did about his response to the last question, this one will blow your mind.

His observations, along with my own nagging doubts, moved me to discuss the subject with several religious colleagues and friends, but I found their views unconvincing. Then I spoke to a pharmacologist who was one of Jehovah’s Witnesses. For three years he explained the Bible to me and my wife, Ema. Two things amazed us. First, traditional “Christianity” actually has little in common with the Bible. Second, the Bible, though not a science book, actually harmonizes with true science.

Ah ha! So, the special surprise ending has come. Only we aren’t that surprised, now are we gang? Yep. Let’s recap what just happened. 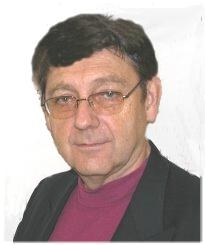 First, Vyskocil tells us that he was a man of science and an atheist who began to have doubts in atheism because of science. It usually works the other way around. Take that atheists! So the Society turns the usual story of transformation back on us. Ornery little devils, aren’t they? I’m sure the brothers who interviews Viskocil were high fiving themselves over this one.

Second, Vyskocil is told that evolution cannot be true by an authority figure in his life. We aren’t given much support for this. I don’t think they’re even trying to convince us (we atheists, that is) that he’s right. I really think the Society just wants to bring a tear to the eyes of their intended audience. That’s Jehovah’s Witnesses, for the most part. So it seems that, once again, we atheists have been left out in the cold.

Finally, after wandering the Earth in search of answers, Vyskocil’s quest is met by one of Jehovah’s Witnesses. Go fig. Gosh darn it, who’d have thought that all those other religions couldn’t quench his thirst for truth? It took one of the Society’s own to make the cut. And they even taught him that the Bible is about “true science.” Which is weird, since lots of scientists seem to disagree with that. But hey, it’s the Society’s magazine. They can print what they like.

I have to say that this one is kind of anticlimactic, really. It’s pretty much the standard old testimonial. At least Vyskocil wasn’t one of those raging, angry evangelicals who pretend to be former atheists so they can rag on us. Still, as always, I was hoping for so much more. And I didn’t get it. Me sad now.

Has your change of view hindered your scientific research?

Not at all. Every good scientist, regardless of his beliefs, must be as objective as possible. But my faith has changed me. For one thing, instead of being overly selfconfident, highly competitive, and unduly proud of my scientific skills, I am now grateful to God for any abilities I may have. Also, instead of unfairly attributing the amazing designs manifest in creation to blind chance, I and not a few other scientists ask ourselves, ‘How did God design this?’

WOW! So, like, the whole scientific community was converted to creationism! Well, clearly, that’s not what he just said. But didn’t it kind of feel that way? BTW, am I the only one wondering whether Vyskocil actually became one of Jehovah’s Witnesses or not? You’d think so. Why doesn’t the article say he did?

If you’re one of Jehovah’s Witnesses, or even just a believer of another faith, you’re probably feeling pretty good as you read this article. Especially if you’re tired of those darned old atheists who dare to state their religious opinions in front of actual people. Me? I’m afraid I’m feeling kind of sleepy now.4 ::Yawn::

I hate to say this AWAKE!, but I’m just not impressed. Then again, I wasn’t part of your target audience. Now was I? Still, those of us with Witnesses relatives will probably be getting a phone or even a knock on our doors come November. Gird your loins. It’s gonna be a long month.

44 Responses to From the AWAKE! Magazine: “I WAS RAISED AN ATHEIST.”