Yeah, you thought the Society’s use of “mentally diseased” to describe apostates 1 showed poor judgment. Then they came out with that video about Sparlock and suddenly, the Governing Body’s lack of judgment went viral! Surely they’ve learned the error of their ways by now, right?

BEHOLD! The Atheist Geek brings you the awesomest, bestest, most fantastic example of Watchtower goofiness yet. Are you sitting down? Probably. You might want to lay down to avoid falling out of your chair for this one, though. Get it while it’s still available!

We ex-Jehovah’s Witnesses are, of course, pure evil.1 Just ask one of Jehovah’s Witnesses. They’ll tell ya.2 Yeah, we lurk the Earth, hiding under their beds, whispering dark thoughts, like, “You don’t need to go out in field service today.” Or, “Maybe the Governing Body really is full of shit.” Or even, “Maybe you should buy that new P. Diddy album. Nobody’ll know, right?”3 Darn us all. You’d think we’d have jobs to go to or lives to get on with.4 Maybe the horns growing out of our heads force us on the Welfare, so we have all kinds of free time.5 Still, why are we so mean?6 I mean, those poor Witnesses never pick on us or demonize us in any way. Right?7 Or course not. Because that would be hypocritically effed up.8 Well, people at The World’s Totally Jealous of How Awesome Jehovah’s Witnesses Are, Inc., have finally come up with a solution.9 And it’s a shocker.10 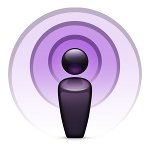